1. How to find the right battery for your notebook?

(1). Remove the battery from the notebook and find the number of batteries (model or P/N), battery capacity, and battery volts on his label.

(2).Find the number of batteries on our website and make sure their shape is the same as our photo.

(3).Pay attention to the details and make sure that the battery can choose to replace the number of batteries in the original battery.

(4).You can choose a higher capacity for your laptop.

(5).If your notebook model is not on our website list, please fill out the model that tells our technicians to check the shipping information of the previously issued items.

If you still can't find the battery, we'll be happy to help you via email (info@outeccbattery.co.uk).

2. Why is my new battery power so small?

It may be necessary to first calibrate the battery by multiple charges and discharges to develop its full capacity.

3.What does "self-discharge" mean?

Even if you don't use your laptop for a long time, you should remove the battery from your laptop, because you will lose power even if you turn off your notebook. In the worst case, even this slow discharge can cause deep discharge, which can cause damage to the battery. The battery should be refrigerated (at room temperature between 19 and 21 ° C) with a charge of at least 50% or higher. However, you should be careful to fully discharge and charge the battery from time to time (at least twice a month).

4.Will my battery get hot when I charge?

No, cells can warm up but don't get hot. Then it is a defect or they are overloaded. A good charger can detect a strong rise in temperature and automatically turn it off. Some cell phone batteries have a built-in thermal switch that can turn off the overload at too high a temperature.

5.I received a product I bought online, but it was not as I expected. Can I return it and request a refund?

When you purchase an online product, you have seven business days to decide whether to accept it after delivery. You don't have to defend yourself. Just tell the seller that you wish to cancel the order. He will have to repay and pay for all the costs incurred by the product you received. However, you will be required to pay the shipping cost of the product to be returned to the seller.

6.Can I replace a NiMH battery with a lithium-ion battery?

If this does not affect the functionality of your laptop, we recommend that you review the operating instructions for your device. However, it is preferred to use a battery having the same chemical technology as the original battery. If in doubt, please contact the manufacturer's customer service.

7.Will my device be damaged if I use a lower or higher battery?

You can safely use your original battery without damaging your device. In fact, the capacity expressed in mAh represents the energy "storage" of the battery. This value indicates the autonomy of the device: the larger the capacity, the greater the autonomy.

8.How to charge the battery?

(1).Performing the first fully charged lithium-ion battery is not affected by the memory effect, ie they do not reduce their capacity if they are not fully charged and discharged. For best performance, the manufacturer recommends charging first, depending on the capacity of the battery itself.

(2).Do not load unnecessarily. When the battery is fully charged, do not disable the battery to avoid continuous micro-charge and overheating, which will significantly shorten the battery life.

(5).Avoiding thermal stress Lithium-ion batteries are sensitive to thermal stress, so it is best to avoid temperature changes in order not to reduce their lifetime. Lithium-ion batteries should be kept in a low temperature environment. In theory, they should be stored in the refrigerator. The aging is much faster at higher temperatures. There is no car in the sun, for example, because there is a danger of explosion in addition to lowering life.

(6).Long-term storage If you do not plan to use your notebook for a long time, remove and store the battery in a cool place for 50%. If the battery is completely discharged, the battery may not be recharged. On the other hand, if stored with a charge of 100% for a long period of time, deterioration of the battery capacity may occur, resulting in a decrease in autonomy.

9.I bought some products that have not been delivered to me / have been damaged online. what should I do?

When you buy online, you have the same rights as those who buy at the store:

If you are not satisfied with the quality of the goods, you can request repair, replacement, refund or price reduction according to the specific conditions.

Information about the product or service must be accurate and clear; if you receive incorrect or misleading information, you can request a refund. Review the terms and conditions on the seller's website, as well as the terms of the return. Contact the seller to explain the problem and find a solution.

Practical tips on how to extend your laptop battery life?

- Activate the power management options of the operating system. The US Environmental Protection Agency recommends setting up so that the machine goes into standby or hibernation after 30 or 60 minutes of inactivity.

- To save further, set the standby time after the display and other hardware components are inactive for 5 to 20 minutes. The lower the minute value, the more energy you save: you just need to make sure the settings are right for your PC.

- (Windows XP) If the computer is idle for more than an hour, Ibernate or use standby.

- In the latest Windows operating system, disable Aero and Sidebar, which will waste energy unnecessarily.

- Reduce screen brightness and turn off the sound.

- If not, turn off Bluetooth and WiFi.

If you need to enter your information, please click "Complete Order>>"

(2).On the Order Information page, enter your details, select "PayPal(£)", then click Continue at the bottom.

(4). You will be taken to the Pay Pal page where you can enter your credit card details and complete the order payment or log in to your PayPal account (if available). With a PayPal account, you can easily pay for your order.

(2).You will be taken to the Pay Pal page where you can enter your details to complete the order payment or log in to your PayPal account (if available). With a PayPal account, you can easily pay for your order.

If you have more questions, send us a message and we will answer you as soon as possible. 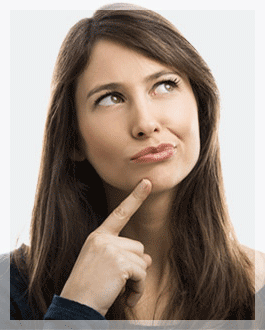